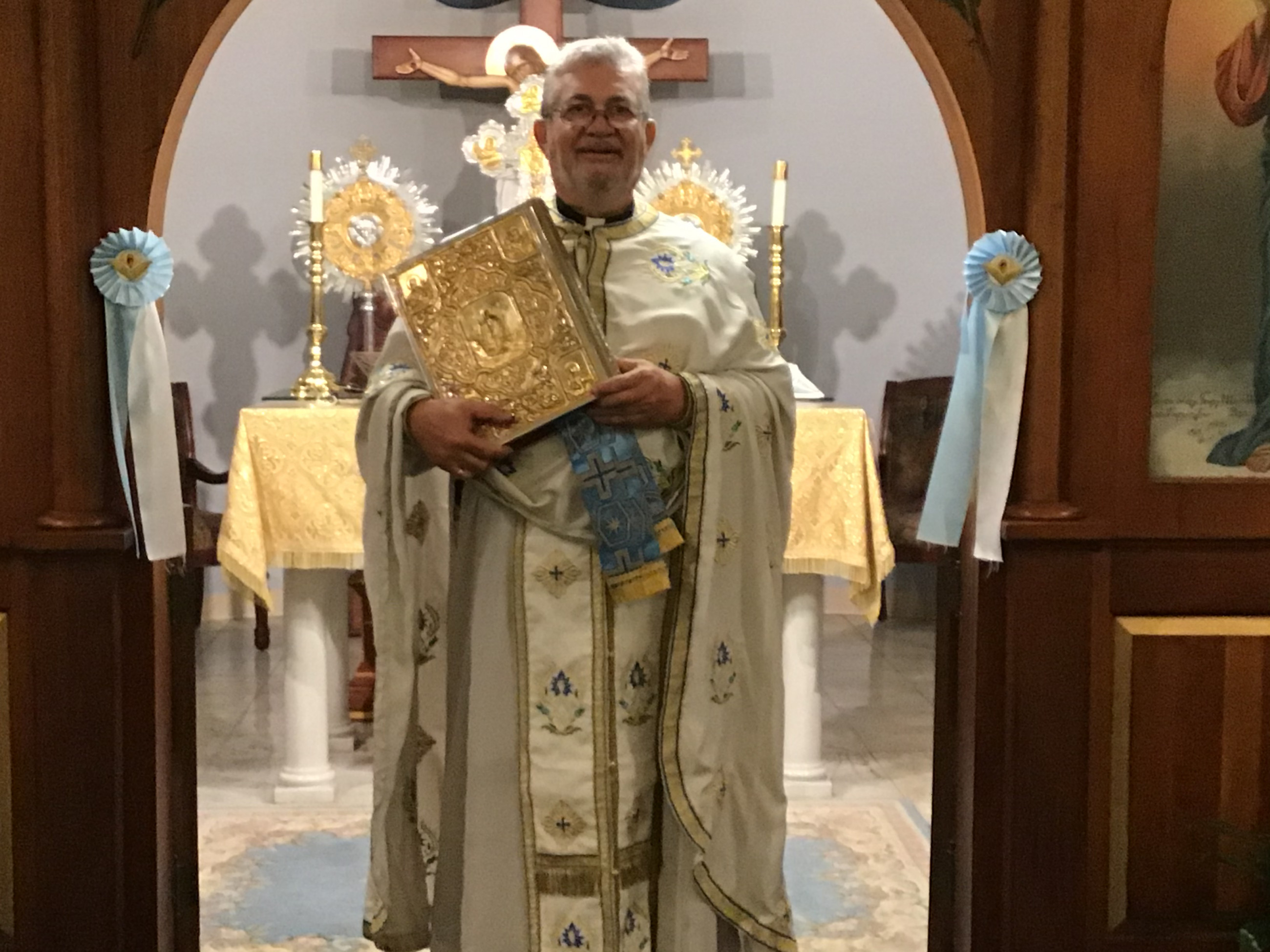 Father was born in Rhodes, Greece. In 1968, he and his family left Greece for the United States and a better life, leaving behind his childhood dream of becoming a priest. Father, his parents and 3 sisters immigrated to Connecticut and in the years following he attended college at University of Connecticut, married and had two children, Anastasia and Paul. Prior to going to Seminary, Fr. Sarantis and his wife, Presbytera Norma owned and ran a restaurant. During this time he was a member of St. George parish in Hartford, Connecticut and served as president of its parish council, GOYA advisor and chairman of the annual church festival

The calling to become a priest never left Fr. Sarantis and in 2000, he entered Holy Cross Seminary in Boston for the three year master degree in Divinity. Father was ordained in 2003 and assigned to St Markella Greek Orthodox Church in Wantagh, NY in January of 2004 where he served until December 2017.

In addition to his duties as parish priest, Fr. has served as Chaplain at South Nassau Hospital and for the Fraternal Order of Police.